Food Industry one of the emerging market in India

The diversity in Indian culture and changing needs of customers create further complexity in the food production and distribution system in the country. A number of changes are shaping the Indian food landscape with disruptions in business models of companies, in terms Current State of Food Ecosystem Cultivation Agri- logistics Communication Product and Service Flow Future State of Food Ecosystem Food Service Food Retail of their interaction with consumers and responsiveness to their needs. While packaged food is the fastest growing segment posting a double digit growth yoy, currently only ~10% of agri-produce is being processed in India. 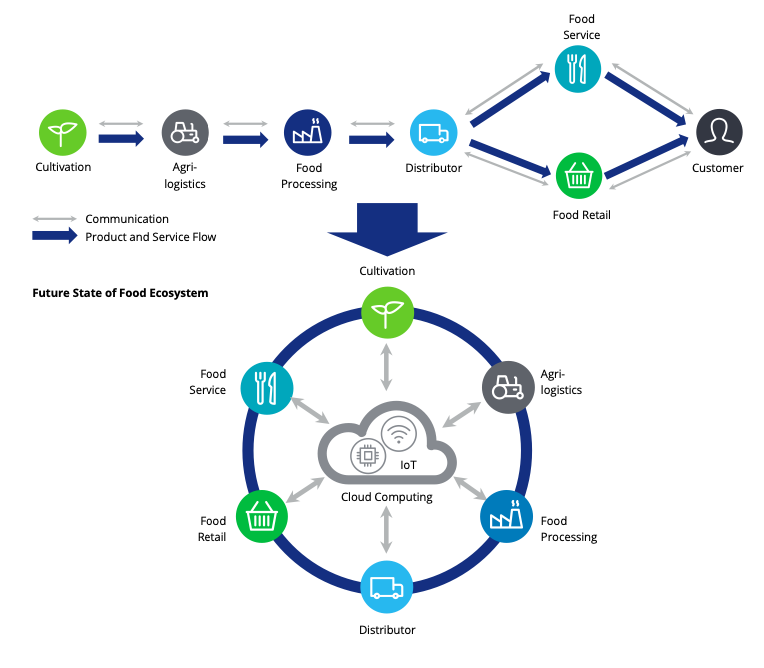 India is the 7th largest country  with an area of 31.7mn square kms, the 2nd most populous country and the 2nd largest producer of food in the world. The task of ensuring that the food produced reaches 1.2 Bn Indians is complex and involves a number of stakeholders. About 210mn farmers and agriculture labourers cultivate various crops which they harvest and sell in Agriculture Produce Market Committee (APMC) markets or ‘mandis’. There are 2,477 APMCs and 4,843 sub- market yards  regulated by the respective states in India. Multiple levels of value addition activities are undertaken on the agri-produce in a food processing plant, which in turn produces the packaged and processed food products. There were 38,608 registered food processing units in FY 15. Distribution in India involves serving a large fragmented base of kirana shops. There are 14,000 organized retail outlets concentrated largely in urban areas. Unorganized retail consists of 12-14mn  stores spread over 5,000 towns and 600,000 villages across India. The diversity in Indian culture and changing needs of customers creates further complexity in the food production and distribution system in the country.

India’s food ecosystem offers huge opportunities for investments with stimulating growth in the food retail sector, favourable economic policies and attractive fiscal incentives. The Government of India through the Ministry of Food Processing Industries (MoFPI) is also taking all necessary steps to boost investments in the food processing industry. The government has sanctioned 42 Mega Food Parks (MFPs) to be set up in the country under the Mega Food Park Scheme. Currently, 17 Mega Food Parks have become functional.

100% FDI in the food processing sector in India is permitted under the automatic route.

100% FDI in food processing is allowed through government approval route for trading, including through e-commerce in respect of food products manufactured or produced in India.

Fastest Infrastructure Development Is A Key For Compactors Market Growth

Petrochemicals & Plastic Towards A Robust Growth

How To Make Industrial Crystallization Efficient

BPCL in the process to acquire stake in...